Mounted to a Picatinny Rail Interface System (RIS), the Aimpoint sight is fitted on a Special Forces operator's M4 carbine with an M203 grenade launcher and a SureFire Model 650-05T tactical light. 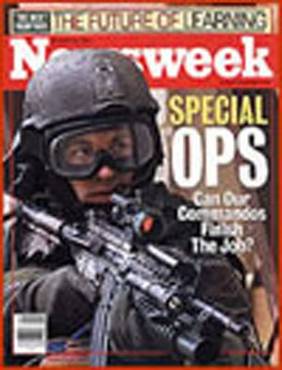 The operator on the cover is carrying the Aimpoint CompM Model. The combination of speed and precision together with rugged design are the most valued features by the operators. That is why the Aimpoint Red Dot Sights have been chosen by the US Army, the French Army and many Special Forces Units around the world as their preferred aiming system.